Brush Up: The history of the toothbrush

It’s almost impossible to imagine a world without toothbrushes and for good reason – people have been using them for over 5,000 years! You might not recognise some of the older versions but they’ve all led to the one we’ve got today. Here’s the history of the toothbrush.

Before humans had electric toothbrushes, fluoride dental products and monthly dental check-ups, we had a variety of less sophisticated methods for cleaning our teeth. Tree twigs, birds feathers and animal bones have all been identified as instruments humans deemed suitable for keeping your teeth in good condition. Of these examples, sticks seemed to be the preferred choice.

Chew sticks date back to the Sumer civilisation of Mesopotamia as early as 3500 BC (over 5,000 thousand years ago), but there are examples of them being used consistently throughout history. Chew sticks have been discovered in the tombs of Egypt (3500 BC), noted in the records of China (1600BC) and excavated from burials of the Qin Dynasty Tribe (220BC). In fact, they are still used in parts of the world to this day, most commonly Africa, the rural southern states of America and the Middle East.

However, by the 1st century, some clever people belonging to the Tang Dynasty of China (619-907) started creating the bristle-style toothbrush we know today. They were made by attaching the bristles of hogs to a handle of bamboo or bone. It might sound a bit basic (and gross) to us now but in actual fact, the Tang Dynasty was very smart – they specifically used hogs hair from the Northern parts of the country where the hair was most firm and therefore, the most effective at cleaning their teeth. From this effort, it’s clear that they cared about their oral hygiene!

Unfortunately for Europe, it was over 700 years before we began to take notice of what the East was up to. Animal hair toothbrushes only began to be imported from China along the Silk Road in reasonable numbers during the 17th century, and even then it was seen as a novelty rather than an obvious necessity. In fact, the first mention of the word toothbrush came from the autobiography of Anthony Wood, an antiquities collector, who bought one in 1690.

It wasn’t until 1780 that the UK began to make its own toothbrushes when William Addis, a former prisoner, established his own toothbrush business. The design was based on his experiences watching a prison guard sweep the floor of the jail with a broom. Having watched this, he believed that bristles and a handle must be more effective at cleaning teeth than using soot or crushed shells with a piece of cloth – as was the most common method at the time.

When he was released, Addis immediately set up his own business which later became one of the most famous toothbrush brands in the world – Wisdom now creates around 70 million toothbrushes every year from the UK.

If it wasn’t for human intuition, hog hairs and a very creative prisoner, we might not have the modern toothbrush that we have today. Whilst we have come a long way since chewing on twigs and bird feathers, it’s clear that we’ve always taken a keen interest in the health of our teeth!

Oral Maintenance: How to best look after your Invisalign

Five ways to get rid of bad breath

At London City Smiles, you can enjoy reliable dentistry treatments suitable for the whole family together with a friendly smile and excellent customer service.
Book An Appointment

Are you in search of a highly experienced, trustworthy family dentist in Islington and the surrounding areas of London? 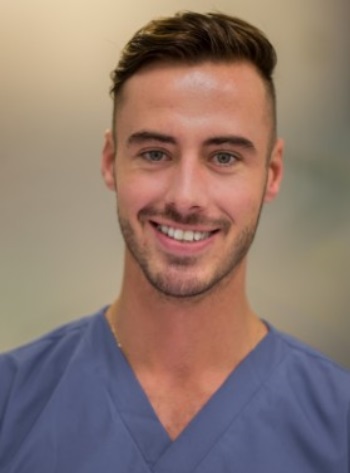